A Guide to Teen Anxiety and Substance Abuse | WRRC

A Guide to Teen Anxiety and Substance Abuse 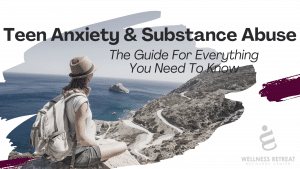 Anxiety in teens is on the rise, and you can bet that so much of this important part of their life spent apart due to COVID 19 is going to affect the way this generation grows up.

Substance abuse is a problem for teens as well. Despite the influx of information about their harmful effects, over 2 million teens report using drugs.

But teen anxiety and substance abuse together create a unique problem that’s tough to solve.

The problems are linked together. Teen anxiety and substance abuse are oftentimes fueled by each other, and the anxiety causes further substance abuse, even leading to substance use disorder. So how do we break this cycle and solve the issues of both substance abuse and social anxiety in teens?

This article seeks to answer by providing some statistics and perspectives about teen substance abuse and anxiety.

Why Are Teens So Anxious?

Teen anxiety isn’t a problem we can stop by throwing medicine at it. We have to understand why today’s youth are so anxious as opposed to the youth of prior generations.

Let’s look at a few reasons why teens might be anxious or developing anxiety disorders. 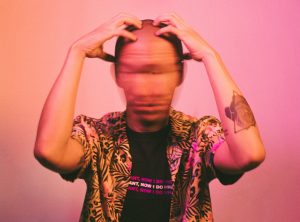 The COVID-19 pandemic is causing everybody some degree of anxiety. You might think that because the elderly are at the most risk, they’re the ones most anxious about the pandemic. However, this isn’t true.

While the elderly are worried about passing away due to this disease, they understand that their youth passed them. They’re not as bothered by staying inside because they’ve amassed life experiences. If they’re retired, they’re likely enjoying their relaxed life.

Young people don’t have this comfort.

Young people are growing up in a world where a worldwide pandemic extremely limits their social lives, job prospects, and living options. The COVID-19 pandemic is causing teens to stay inside, and those teens are aware that they’re missing out on their lives.

Is this new to teens? History says no.

Families with children off fighting in World War Two were affected by anxiety vastly. The diagnosis wasn’t as easy then, but it was regular to find people absolutely devastated by the effects the war had.

In World War Two, a significant portion of the country feared that they would be drafted and that their drafted siblings would never come home. The numbers don’t show how man people suffered from anxiety because society and science hadn’t adapted to mental illness. However, if you listen to personal testimonies about the era, you can feel the anxiety in the air and see that it truly was a risk factor.

In this clip, you can hear acclaimed novelist Philip Roth reading from his tightly researched novel Sabbath’s Theatre about how much anxiety was coursing through the veins of people in this period.

These teens are going through a traumatic experience and realize that it’s going to shape their future. What could be more anxiety-inducing?

We’re not here to say that social media is a force for evil in the world. Social media is an advancement in technology — it doesn’t have any morals to it, good or bad. It’s provided a lot of good to the world by allowing distant people to connect.

However, teens growing up in the midst of it have a unique relationship with social media.

Partially due to them growing up when social media is booming, and partially because their teenage years are so limited by the COVID-19 pandemic, teens rely on social media more than ever before.

This is nice when it allows teens to connect with their friends. What’s not so nice is when social media causes people to develop insecurities about their own lives. Social media has been proven to promote FOMO — or the fear of missing out — as well as body image issues.

It’s easy to see why these issues prevail. On social media, people are easily able to project a mask. This mask can make them seem more-than-human.

Let’s take a look at a hypothetical example. 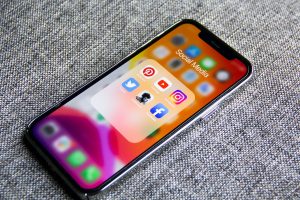 Say there are two similar-looking young women, Rebecca and Maddy, who both have social medial. They both suffer from their own anxieties, and both have certain things that they’re proud of.

However, Maddy happens to be better at posting on social media than Rebecca. She’s very good at taking pictures of the happy moments of her life and covering them with happy captions. While she remains struggling — like a normal person — only the happy mask gets out into the social media world.

Rebecca doesn’t know Maddy very well, but she becomes jealous of her lifestyle after seeing her social media posts. Rebecca is similar looking to Maddy, and she doesn’t understand why Maddy always looks better than her. She also sees the happy lifestyle that Maddy lives and becomes extremely jealous.

What this situation means is that Rebecca ends up basing her view of Maddy on a projected mask, and this, in turn, ruins her self-confidence.

Why Do Teens Abuse Substances?

Often, teen anxiety and substance abuse is linked closely with one another. Let’s look at some of the most popular causes of drug abuse and see how they relate to anxiety.

One of the biggest reasons why people start doing — and keeping doing — drugs is that they have friends who also use. This is especially true for teenagers, who are going through a uniquely impressionable part of their life.

If teens fall in with a crowd of people who uses drugs, it can be tough for them to say no. Someone older, with more power, or with some feature that’s desirable to them could offer them drugs, and the teens can find it tough to turn it down. The teens will often turn to alcohol or drugs with their friends.

Teens don’t even need to be directly pressured to do drugs. They can say no, and their friends can respect their decision, but constantly finding themselves in situations where they’re around drugs can lead to slipping into use and addiction.

It’s easy to see how peer pressure can turn into anxiety. The constant fear that their friends won’t like them if they don’t use drugs can easily weigh on teens.

Of course, that’s the mind frame, but it isn’t how it goes in reality. Drug use often leads to more problems with anxiety, beginning a vicious cycle. 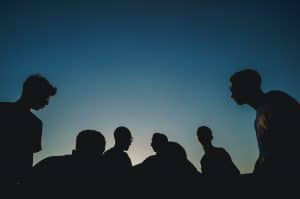 Drug usage is usually banned on most social media. However, many teens get around this by creating “fake” accounts. A popular example of these is finstas (fake Instagram accounts).

On a finsta, a person will usually show their more “real” self. They’ll often go on rants about their social life, post sexually explicit photographs, post less attractive photographs, or show pictures of themselves engaging in drug abuse.

While the finsta sees, to be more honest, it’s just as much of a mask as their main account. While main accounts often emphasize glamor and happiness, finstas encourage a sort of destructive self-expression and honesty. What masks honesty is often just as cynical and constructed, purposefully showing off your “worst” sides for clout.

If a teen follows one of their friend’s finstas and sees how sincere, funny, honest, and candid they can be, they can easily fall victim to the desire to imitate that and wind up on drugs. How honest is copying someone else’s honesty?

Unfortunately, many teens wind up on drugs because of the influence of older people who seek to exploit them.

More teens than ever are coming to grips with their sexualities at an early age. This is surely a good thing. However, certain bad actors in the LGBTQ community use the community as an excuse to abuse people.

The “party and play” aspect of the male gay community has hooked young gay men on drugs for years. Expressing your sexuality is a good thing. Getting hooked on drugs in the name of freedom is surely bad.

An extra level of abuse is added when you consider the fact that older exploiters can give younger people drugs in the name of supporting the community. These people are not supporting any community. They’re using their status as an excuse for reprehensible behavior.

When faced with the influence of an older, more powerful person, a young adult can easily fall into teen anxiety and substance abuse. If this drug abuse is linked to sexual abuse, the anxiety that causes can lead them to self-medicate long after the influence of the older person is gone.

As you can see, drug abuse and anxiety feed into each other and the unique problems that teens face at this strange time in their lives. So what’s the best way to solve these problems?

The best way is to find a rehabilitation center that understands anxiety.

Anxiety doesn’t just cause addiction, it hinders recovery. Those undergoing the extreme feeling associated with anxiety can feel that they have nowhere to turn to. Drugs may well be the only defense mechanism they have against the pains of the world.

A rehabilitation center that treats drug abuse without looking into underlying mental health disorders is bogus. Rehab, in general, generates a feeling of hope in people that buoys them in a while while they begin their journey to sobriety. However, after that initial shock of hope is gone and the anxiety comes back, how can they keep themselves sober?

Rehabilitation centers that understand the importance of mental health know that it’s not enough to get someone off the drug. You have to teach them new strategies to help them live their lives.

Sober living isn’t easy. In fact, most people don’t do it. Drinking is engaged in our culture, and anyone practically expects drug use of a certain age. 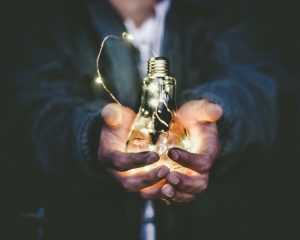 Wellness retreat recovery center offers a unique and holistic approach to rehab and substance use problems. They stress relapse prevention just as much as they do getting clean from drugs.

This wonderful rehab helps people find doctors to treat the specific issues after they leave the facility. If you need a therapist to help you deal with your mental health or a psychiatrist to prescribe anxiety medication, Wellness Retreat Recovery Center can help you do that.

They also offer sober living facilities if you’d rather spend some time ensuring that you’re going to stay sober rather than going straight home.

Sober living facilities help people understand how to have a good time and make friends without substance abuse. They typically have curfews as well to make sure that patients are accounted for.

While teens often spend their teenage years fighting for independence, developing limitations and self-discipline is just as important. Sober living facilities can help teach teens not just how to recover from their addiction but how to live productive lives. 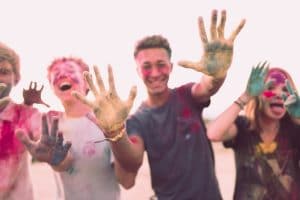 Whether you’re a concerned parent, concerned older sibling, or a teen yourself, it’s important to understand the link between teen anxiety and substance abuse. Teens in the twenty-first century find themselves in a unique situation that sets them up for anxiety.

Teens are the future of our world, so we need to make sure to set up a culture for them that helps them navigate it free from the influence of drugs.