Speed Limit: Similarities Between Adderall Use and Meth Use

Speed Limit: Similarities Between Adderall Use and Meth Use

For most people in society, the word “methamphetamine” conjures images of illegal cooking labs in the desert, psychosis-fueled violence, and fear-based anti-drug ads featuring the “faces of meth.” Adderall use, by contrast, is most often associated with prescription medication for people who suffer from ADD or ADHD (attention deficit disorder or attention deficit hyperactivity disorder.) Most illicit use of Adderall and other prescription amphetamines is commonly associated with student abuse of these medications in high school and college in order to perform at a higher level academically. However different they may seem, these two drugs- one illicit, one prescription- have some surprising similarities.

Effects of Adderall Use vs. Effects of Methamphetamine Use

Adderall is the brand name for a prescription amphetamine. The primary active ingredients in Adderall are dextroamphetamine salts and amphetamine salts, two drugs commonly found in prescription stimulant drugs, including Dexedrine and Ritalin. These medications are prescribed to treat symptoms of ADD and ADHD in children and adults. Because of their stimulant effect, they do have a potential for abuse and are commonly taken illegally by young students or people in the “party” scene due to their effect on concentration and energy and euphoric properties. In addition to effectively treating ADD and ADHD, Adderall use can have the following effects:

Increased levels of norepinephrine and dopamine in the brain, which boosts concentration, memory, focus, and energy in users (this is why these drugs effectively treat conditions marked by an attention deficit)

While Adderall and other stimulants are approved for use in treating several conditions, these drugs can have potentially harmful effects on users and can cause addiction. Methamphetamines are almost always associated with addiction, but meth is, surprisingly, very chemically similar to Adderall and other prescription stimulants. Methamphetamines are, in fact, a type of amphetamine, and the only difference between the active ingredient in Adderall and the active ingredient in meth is a single methyl structure. In layman’s terms, what this means is that the two drugs are very chemically similar. Although the difference in molecule structure does separate the two chemicals and cause different effects, the truth is that Adderall use can often mimic methamphetamine use. 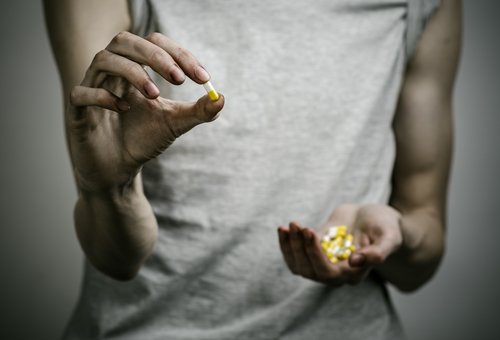 The effects of Adderall and meth are so similar because these chemicals essentially impact the brain in the same way, by producing a rush of neurotransmitters that stimulate the body and mind. Dr. Carl Hart, a professor at Columbia University who focuses on the impacts of drugs on humans, claims that methamphetamines and Adderall are essentially the same. He says that the two drugs, although molecularly different, are similar in effect and potential for abuse. And, that they differ from one another primarily only due to their level of social acceptability. He based his claim on a study he conducted that showed that the effect of Adderall use (through the administration of dextroamphetamine on clinical subjects) is essentially identical to the effect of methamphetamine use on subjects. With both drugs, extended use can damage individuals physically and mentally, and cause them to develop substance dependence.

For users of Adderall, what this means is that the potential for negative consequences from Adderall abuse mirrors the consequences of methamphetamine use. While there is a medical reason for some cases of Adderall use and none recorded for methamphetamine use, both chemicals can cause dependence, increases intolerance, and a full-blown addiction. Stimulant addiction can create psychosis, mood disorders, and social, financial, and physical problems for users. At Wellness Retreat Recovery, we specialize in the treatment of stimulant addiction. Clients who suffer from dependence on these substances- ranging from prescription drugs like Adderall to illegal substances like methamphetamine- can benefit from treatment with a focus on the individual needs of the client. We also employ specific therapeutic methods that are effective in combating stimulant addiction in order to give our clients the best possible chance at lifelong recovery. If you need treatment for stimulant addiction, call us today at 888-821-0238.