What is Prescription Drug Abuse?

Addiction to opioid pain relievers obtained legally is considered a subset of the broader category of prescription drug abuse. The truth is that opioid addiction is mostly to blame for the prescription drug issue, but that is hardly an epidemic. Many people falsely believe that medications prescribed by a doctor cannot cause them to become physically or psychologically dependent on the medication.

Opioid pain relievers like Oxycontin are among the most misused medications. Prescription stimulants like those used to treat attention deficit hyperactivity disorder (ADHD) are also often misused. This is also the case with CNS depressants used to treat sleep problems and anxiety. They are generally considered safe since doctors recommend them.

How Common is Prescription Drug Abuse?

According to the CDC, 44 Americans die every day from prescription drug overdoses, a statistic that vividly illustrates the pandemic of prescription drug addiction. The vast majority were white non-Hispanic adults aged 25 to 54. For African American adults who are not of Hispanic origin, the prevalence has increased by more than 100% since 1999.

After marijuana and cocaine, prescription medications are the third most abused illicit substance and the fifth most misused substance overall. Overdose death using opioids and benzodiazepines has grown throughout the United States, Canada, the United Kingdom, and Europe in recent years. Doctors and governments have declared a worldwide health catastrophe due to the rising abuse of prescription medications.

Some of the most often prescribed analgesics include opioids, including fentanyl, codeine, and tramadol. However, dependency, addiction to prescription painkillers, and other health issues may result from persistent overuse and misuse, especially in the absence of medical supervision. Overdosing on opioids is possible if too many are taken without medical care. 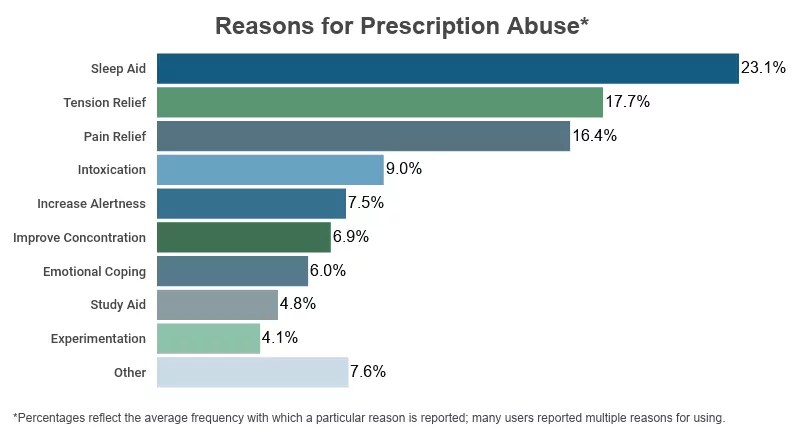 Sourced from the National Center for Drug Abuse Statistics

The expanding senior population is a factor in the increase in prescription drug misuse. This is because there are now more people over the age of 100 than ever before. As a general rule, the elderly take more medications than younger age groups. And their systems’ responses to particular pharmaceuticals increase the likelihood of addiction and the severity of adverse effects.

Indications of prescription drug misuse in the elderly can resemble normal aging, making diagnosis more challenging. Seek expert advice if you have concerns about the medication use of an elderly relative in your care.

The epidemic has claimed many victims, one of the most tragic being an increase in the usage of prescription painkillers. Many factors contributed to the rise in prescription drug use. However, experts believe COVID-19-related stresses, such as financial concerns, isolation, and fear of illness, were significant. Because of the restrictions placed on drug distribution, heroin addicts increasingly turned to fentanyl, which is 50 times more potent than heroin.

How Can You Tell Someone is Abusing Prescription Drugs?

If you suspect a person has a problem with prescription drug abuse, you can look for signs of physical dependence and addiction.

It is possible for people who are dependent on prescription medicines to develop both physical dependency and addiction. The critical distinction here is the deliberate decision to take excessive amounts of a drug while knowing the potential risks involved.

Tolerance and physical dependence can lead to increased substance use for the same results. People may begin to take higher doses of the medication to get the same feeling or high. Some people may even start snorting or injecting the prescription medication.

In addition, withdrawal from the medicine might cause unpleasant side effects for the user. These are called withdrawal symptoms, and their intensity varies with the degree of physical reliance.

Abuse of prescription medications may lead to life-threatening conditions and hospitalization. Without help from medical professionals, it may be difficult for someone dependent on prescription pharmaceuticals to quit taking them.

Methods to Reduce the Risk of Prescription Drug Abuse

Prevention is always preferable to cure; therefore, knowing why and what kind of medicine you’re taking is essential. The following are some things you can do to stop people from abusing prescription drugs:

1. Make Sure You're Prescribed the Correct Prescription

Ensure the doctor has a complete record of your health and a thorough understanding of your situation before agreeing to take a prescription from them. You should always ask your doctor any questions regarding their recommended treatment. Ask a doctor whether there is anything natural one can do to alleviate symptoms first. This may include homeopathic medicine or a change in diet and exercise routine.

2. Read about the Prescription Drug

Never blindly follow a doctor’s orders. Please inquire about the medicine, and learn as much as possible about its potential adverse effects and addiction risk. Learn about the drug’s mechanism of action and the substances that should not be consumed while taking it.

3. Ensure You Dispose of the Medication Properly

Prescription medications should never be thrown away in the trash. Taking unwanted or unused medicine to a local pharmacy ensures that it is disposed of legally and properly. Doing so will ensure that your medicine does not fall into the wrong hands.

Due to limitations on drug availability, heroin addicts began using fentanyl more often, which is 50 times stronger than heroin. Upon admission, we conduct a thorough evaluation to determine the nature of the addiction. We also determine the etiology of the addiction, and the presence of any co-occurring mental health concerns. Each course of therapy is tailor-made to fit the requirements of a particular patient.

If you believe that you or a  loved one needs help to recover from prescription drug addiction, please reach out to us today.  If you aren’t sure if the situation qualifies as prescription drug misuse or abuse, you can take our Prescription Drug Abuse Self-Assessment. Please, don’t hesitate to contact us today by calling 888-738-0692. 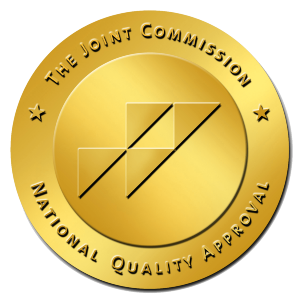