The Long Term Effects of Benzodiazepine Abuse: Everything You Need to Know | Wellness Retreat Recovery

The Long Term Effects of Benzodiazepine Abuse: Everything You Need to Know 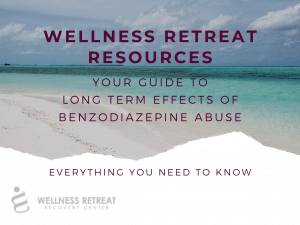 In this article, you’ll have the opportunity to learn all about the long-term effects of benzodiazepine abuse. You’ll also discover what exactly benzodiazepines are, how they work on the brain and body, and what kind of treatment options are available for addicts.

Before we dive into the dangers of long-term Benzodiazepine use, we will first explore what benzodiazepines are and where they come from.

The very first benzodiazepine, sometimes called benzos or tranquilizers, was discovered in 1955 by the chemist Leo Sternbach. This benzodiazepine took the name chlordiazepoxide, although once this drug entered the market, it went by the name Librium. In 1963, a much more popular benzodiazepine came to light: diazepam, also known as Valium.

In the beginning of benzodiazepine’s history, scientists and the public alike became delighted with this drug which seemed to be non-toxic and not likely to produce dependence. Before the discovery of benzodiazepines, barbiturates treated various conditions and ailments. However, a concern with barbiturates was that they could suppress the respiratory system with dangerous consequences.

In fact, by the 1970s, it was one of the most commonly prescribed drugs out there. However, during this time, it was still not known how benzodiazepines affected the brain. It was also not yet known that benzodiazepines could produce dependence.

It was only by the 1980s that this information started to show itself and the previous excitement surrounding benzodiazepines started to wane. Since the 1980s, many legislations and guidelines formed regarding the use and prescription of benzodiazepines. Even today we are still struggling to enforce an adequate amount of control over this drug. 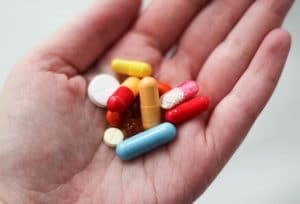 What Kind of Benzodiazepines Are There

There is not just one type of benzodiazepine. Beyond that, each variation of this drug is able to treat various conditions and ailments. They also each differ in how quickly the body absorbs them and how strongly they affect the body.

Many people are familiar with the most commonly prescribed benzodiazepines. These include the following:

Alprazolam is most commonly prescribed to treat anxiety disorders and panic disorders. It works by enhancing the GABA neurotransmitter in the brain. This is the same mode of action that other benzodiazepines take to produce their effects.

By targeting GABA, alprazolam is able to bring about a calming effect when consumed. It usually takes the form of a tablet that disintegrates over a long period of time. While it is typically used for anxiety, it may also have applications for treating mood disorders such as depression.

As with alprazolam, diazepam is a commonly prescribed drug for anxiety. However, it also helps to treat seizure disorders and can even help make the alcohol withdrawal process easier. In some cases, it is a sedation choice for medical procedures and may help to reduce the occurrence of muscle cramps as well.

It takes the form of a pill much like alprazolam. It is not recommended to consume grapefruit or grapefruit juice along with this medication since it can interfere with how the medication works.

Lorazepam may be prescribed to treat seizure disorders. It can also be used for anxiety. It is, however, strong enough to be used as an anesthetic for surgeries.

As with all benzodiazepines, it is important to remember to avoid alcohol when taking this drug. This is because dangerous interactions can occur between the two drugs.

Chlordiazepoxide, as mentioned previously, was the first benzodiazepine to be discovered in 1955. It is used to soothe anxiety and, similar to diazepam, it can improve the alcohol withdrawal process. In some cases, it even has applications for the treatment of tremors.

It is important to remember that benzodiazepines have their advantages as well as their disadvantages. They obviously have beneficial applications for various conditions, however, when these drugs are abused, they can become dangerous.

The abuse of this drug involves not taking the drug correctly. For example, instead of swallowing a benzodiazepine tablet as one’s doctor would prescribe, a drug abuser might instead crush, snort, or inject the tablet.

By doing this, all of the drug is being released into the body at once rather than gradually. This kind of abuse can easily lead to dependence if not overdose, injury, and death. 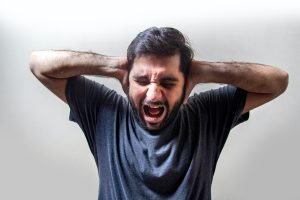 Benzodiazepines, GABA, and The Brain

As mentioned before, benzodiazepines affect a neurotransmitter in the brain known as gamma-aminobutyric acid or GABA for short. GABA is an incredibly important chemical in the brain for a variety of reasons. It is considered an inhibitory neurotransmitter and, as the name suggests, its function is to inhibit certain signals in the brain.

Through the inhibition of certain signals, the central nervous system or CNS exhibits decreased neural activity. When GABA does this, its effects tend to be calming. The major effects of GABA include decreased overthinking, decreased emotional stimulation, and slowed breathing.

People with panic or anxiety disorders, however, may have trouble with the release of GABA neurotransmitters. This makes it difficult for them to calm down on their own. This is where benzodiazepines come in.

When benzodiazepines are consumed, they target and improve the effect of GABA in the brain. This will bring about a feeling of calmness and quickly solve problems such as panic attacks. Panic attacks involve racing thoughts, shallow breathing, and uncontrollable feelings of anxiety or uneasiness.

At this point, if benzodiazepine uses quit the drug, they may find themselves more stressed than ever before. This, of course, perpetuates the cycle of addiction. More than that, higher doses of benzodiazepines will need to be taken in order to achieve the desired effect.

This can become very dangerous. This is also how overdoses tend to happen. It is not so easy to stop taking benzodiazepines altogether.

In fact, to stop taking benzodiazepines cold-turkey can be dangerous. This is because the neurons that were previously suppressed by the drug would become normally stimulated all of a sudden. This can produce panic attacks, increased heart rate, insomnia, and mood swings.

Because people addicted to benzodiazepines want to avoid anxiety, they might not want to recover from benzodiazepine abuse even if they know they have a problem. However, by avoiding benzodiazepine addiction recovery, serious long-term effects can occur. 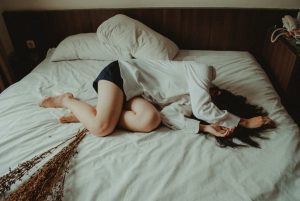 The Long-Term Effects of Benzodiazepine Abuse

As mentioned before, benzodiazepines are not meant to be used for long periods of time. By using benzodiazepines for an extended time, there is an increased risk of the development of certain health conditions. The amount of time considered “long-term” in regard to benzodiazepine abuse is around three to six months.

It seems that the higher the doses of benzodiazepines, as well as the length of time they were taken, correlate to the development of Alzheimer’s disease.

In addition to Alzheimer’s disease, benzodiazepines can cause other cognitive issues as well. Certain parts of the brain that may be damaged by benzodiazepine abuse include areas responsible for motor coordination and memory. Those who take benzodiazepines for long periods of time may even begin to experience memory loss.

Benzodiazepine use is also associated with overall cognitive decline. This involves slower thinking, poor concentration, and increased time needed to complete easy tasks. However, these are problems that affect the brain alone.

What benzodiazepines do to the body may be as bad if not worse.

Long-Term Effects of Benzodiazepines on The Body

Benzodiazepines slow down the heart. This may not sound so bad, but in the long run, the heart is not getting the exercise it needs. Because of this, blood clots are more likely to form.

In extreme cases, the heart can even stop. This is often what happens when someone overdoses on benzodiazepines.

Benzodiazepines also decrease the frequency of breathing. When breathing is very suppressed, hypoxia can occur. Hypoxia involves the lack of blood in tissues throughout the body.

When blood is not flowing properly throughout the body, body tissues cannot receive nutrients. If this continues for any period of time, tissue death can occur as well as the death of the addict.

As with most drugs that are abused, the liver is severely affected. This is because the liver is the organ that metabolizes drugs. Over time, the tissue of the liver can become damaged by benzodiazepines and even lead to liver failure.

In severe cases, side effects of benzodiazepines include seizures, coma, and death. So, now that you know what benzodiazepines are capable of, what treatment options are available? 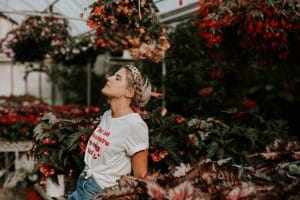 It can be difficult to convince an addict to get help, but the intervention is necessary and worthwhile. The first step of treatment is, of course, stopping the consumption of benzodiazepines. This, however, will lead to withdrawal symptoms.

Every withdrawal process is unique. The severity of a withdrawal will depend on the severity of the addiction. For example, someone who was taking high doses of benzodiazepines for long periods of time will have the worst withdrawal symptoms.

Withdrawal symptoms may occur for a few days and then disappear. In other people, the symptoms may come and go for weeks. The symptoms of benzodiazepine withdrawals include the following:

As for severe addicts, the symptoms may be worse and include suicidal thoughts, seizures, and hallucinations. After about two to three days, recovering addicts may experience symptoms of anxiety and panic. This is because their neurons that were previously suppressed by benzodiazepines are being stimulated again.

It is important for the addict to push past these feelings and resist the support of benzodiazepines. After a few days to a week, most of the withdrawal symptoms will be gone. 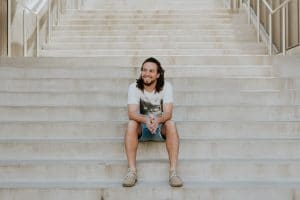 To learn more about drug abuse and recovery, contact us here.