Addiction Facts: A Drug Overdose Can Happen to Anyone

Drug Overdose Can Happen to Anyone

There are so many myths out there about drug overdose that many of you may be confused about what is fake vs. what is a reality. And, sadly, you may be one of those people who think that an overdose can’t happen to you because you take certain precautions. The truth is that no matter which drug you take, and in what quantity, at any point when you are taking drugs, you are at risk for an overdose.

Currently, drug overdose in the United States is the leading cause of death in people under the age of 50. That only accounts for accidental and reported overdose, not people who die by committing suicide, or the many overdoses we don’t hear about. It also doesn’t count people who overdosed but didn’t die. That number is much larger. Essentially, drug overdose is extremely common and it can happen to anyone, you too. 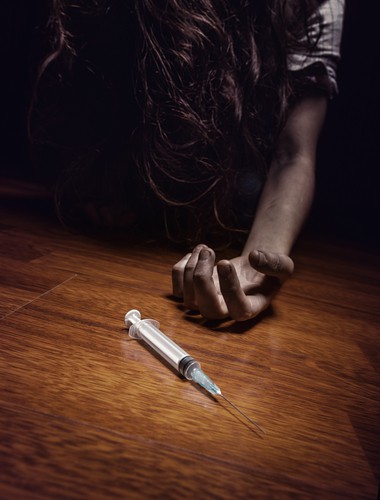 Overdose is especially a concern for people who take street drugs, like heroin and cocaine. Whenever you buy drugs off of the street, there is no way to tell what you are getting. Sadly, most, if not all, drug dealers are completely in it for the money, even if that is on account of your health. They mix substances in order to make the most of their product for the cheapest. Meaning you can easily get a bad batch of drugs and it can be your last.

Heroin is most often laced with Fentanyl, which is an incredibly powerful opiate fifty to a hundred times more potent than morphine. It killed Prince and has been responsible for thousands of other needless deaths. A Fentanyl overdose can happen fast. Within seconds of taking the drug, people will lose consciousness and those who survive often report completely blacking out as soon as they took it. It doesn’t sound fun.

Clearly, you can easily overdose on pure heroin also, and it happens all of the time. Many people are under the false impression that you have to shoot it in order to suffer from a drug overdose, but that couldn’t be further from the truth. A huge percentage of overdoses come from people who were “only” sniffing the drug and thought they were playing it safe. When it comes to opioids, there is no playing it safe.

Cocaine is another animal, and the dangers of it are little known. Famous for being a party drug for rich people, cocaine can kill even in small doses. This is especially true when it is mixed with alcohol or any other substance. When mixed with alcohol, cocaine causes the liver to produce cocaethylene, which is a toxic and deadly substance. Even in small doses, if cocaethylene is produced, it can easily lead to a drug overdose. Cocaine is also notoriously bad for the heart and can lead to heart attack, stroke, and sudden death.

Know the Signs of Drug Overdose

Knowing the signs of a drug overdose can save you or a loved one’s life. No matter what, the best thing you can do is quit using drugs and seek treatment as soon as possible. A sober life is possible for anyone, no matter how bad your addiction is.

If you are near someone who has taken drugs, knowing the signs of overdose can save their life. With opioids, look out for blue lips and pale skin, sudden loss of awareness, “falling out” or falling asleep suddenly, and labored breathing. With cocaine, be on the lookout for hyperactive behavior, sweating and clamminess, and seizures. Any of these symptoms can be caused by an overdose of any drug.

A drug overdose is an emergency, and it can happen unexpectedly. Emergency personnel are equipped to reverse opioid overdose with Narcan and have measures in place for other kinds of overdose. If you suspect someone you know is overdosing, it is essential to get help immediately.