Cocaine is a highly addictive stimulant drug that can be snorted, smoked, or injected by users. It is commonly understood that a cocaine addiction comes with a range of negative consequences for both casual users and individuals who are completely dependent upon this substance. For decades, researchers have studied the specific impact of cocaine use by pregnant mothers on the fetus. It is well-known that any drug use by an expectant mother can damage the baby. However, a new study shows that cocaine abuse by the father of a child can harm a baby before it is born, as well. Sometimes, people are unsure about the effects of substances like cocaine. They may assume that drugs only impact them. But, this just isn’t the truth. Actually, not only does cocaine dependence affect those who are using the substance, but it also has a major impact on the children of these individuals.

When people misuse the illicit drug cocaine, they experience countless unpleasant effects. Drug addiction is a very serious issue. Those who are suffering from cocaine abuse often struggle to lead normal and healthy lives. They suffer from various changes in their lives, including behavioral and cognitive changes. But, just as cocaine use affects those who are struggling with it, it impacts those around them. Their loved ones also feel the effects of substance abuse. Their children, including their unborn little ones, deal with the impact of cocaine dependence. And, those effects will continue to have an influence on the children who are exposed to their parents’ substance use habits. Whether you are a male or female individual, our children will suffer from the unpleasant consequences of substance abuse in your life. So, it is very important to get professional treatment for your struggle with substance use as soon as possible.

How Does Cocaine Abuse in Fathers Affect Children in Utero?

Many people believe that, since babies are developed within a mother’s body, the father’s habits have no effect on the child. It’s a common belief that little ones are only impacted by cocaine abuse if their mothers misuse the drug. However, researchers are finding that this isn’t actually the case. In fact, they have found that the lifestyle and drug use habits of a man can negatively affect his unborn children. Still, many individuals wonder how this is possible. According to the National Institutes of Health’s Office of Laboratory Animal Welfare, rats share similar genetic and behavioral characteristics with humans. Many of the main characteristics of rodents make them ideal subjects for learning about human responses to changes in their environment, substances, and social relationships. So, they are often used in clinical studies. Such is the case in studies regarding the effects of a father’s substance abuse on his children.

Patterns detected in laboratory rats often reveal important information about patterns in human reactions and behavior. Researchers at the University of Pennsylvania used rats in a clinical study that uncovered new information about the effect of fathers’ cocaine misuse on their children. The study found that cocaine use by fathers prior to conception of offspring resulted in their male children suffering from impaired memory and learning skills. Interestingly, this only occurred in the male children. Male rats whose fathers ingested cocaine prior to their conception struggled to remember the location of items in their environment and showed changes in the structure of the hippocampus area of the brain. Researchers believe that this is the result of chemical changes in the DNA structure passed on to offspring as the result of cocaine use. Through professional research, we can find out exactly how a father’s substance use can negatively affect his children.

Cocaine Addiction is a Family Disease 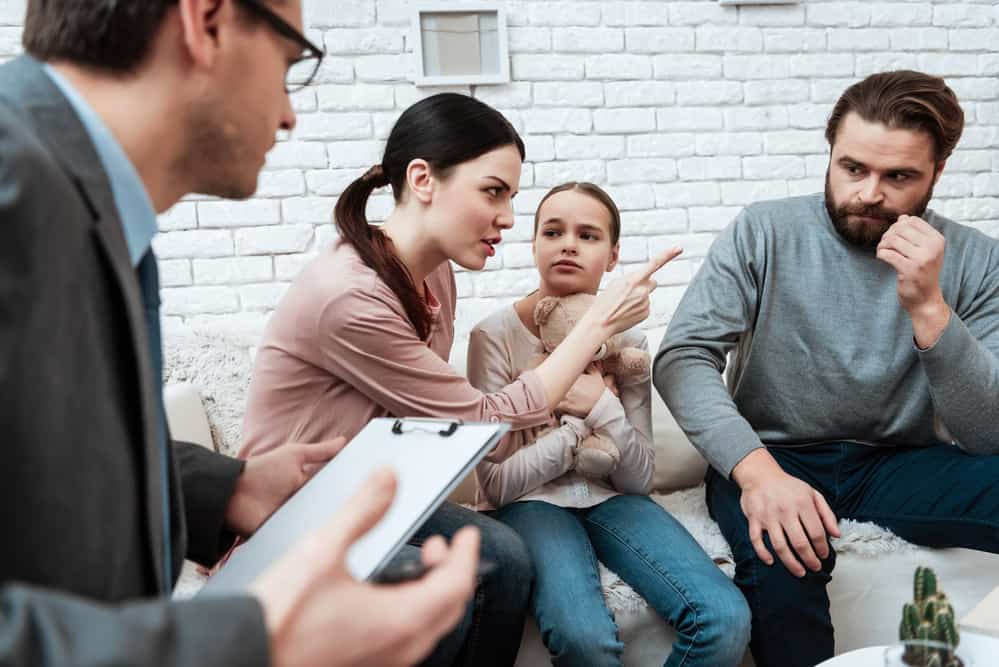 When a father struggles with substance dependence, it causes his genetic make-up to be altered. As a result, he contributes these genes to his children. (This is not to say that a child will “inherit” an addiction from his or her father. Rather, the changes in the father’s genetic build can be transferred to his children upon conception.) Sometimes, drugs can alter and damage a man’s sperm, causing difficulties and defects in his offspring.

Again, it’s common knowledge that a mother’s substance misuse can also impact a child who is developing within the woman. Sadly, many women who struggle with issues such as cocaine use or alcoholism have a difficult time ending substance use while they are pregnant. As a result, their little ones are born having a dependence on the mother’s drug of choice. Babies who are born in this situation often struggle in various areas of their lives. Some suffer from health problems, dealing with medical issues for many years. Others live with cognitive and developmental delays. And the list of effects continues on. Needless to say, the effects of substance abuse makes addiction a family disease rather than something that only impacts the individual who is using drugs.

The Effects of Addiction on Family Members

The information gleaned from this research study indicates that human fathers who engage in cocaine abuse before conceiving children may pass on learning disabilities or other cognitive impairments through DNA. This revelation shows that cocaine misuse by either parent, even prior to the birth of their children, can have long-lasting negative impacts on those children. Before this study was completed, it was already clear that cocaine dependence by parents can harm their kids. When a pregnant mother uses cocaine, it can cause serious complications for the baby in utero, including:

While it is clear that any use of drugs by pregnant mothers can have a harmful effect on their children, what this recent study shows is that the behavior of the father can also impact that child even prior to their birth. So, cocaine abuse by either parent can result in significant mental and physical impairments for their children.

The effects of addiction on family members are even more extensive. It’s true that substance abuse impacts unborn children and causes younger individuals to struggle as they grow older. But, what about the children who were already born when their parents developed a substance abuse problem? Well, in those cases, the individual’s addiction still affects his or her children in a negative way. Many children are victims of abusive or neglective homes as a result of their parents’ substance use habits. Children in these environments also struggle with emotional trauma and distress because of the drug use of their mothers and fathers.

The Overall Risks of Cocaine Addiction 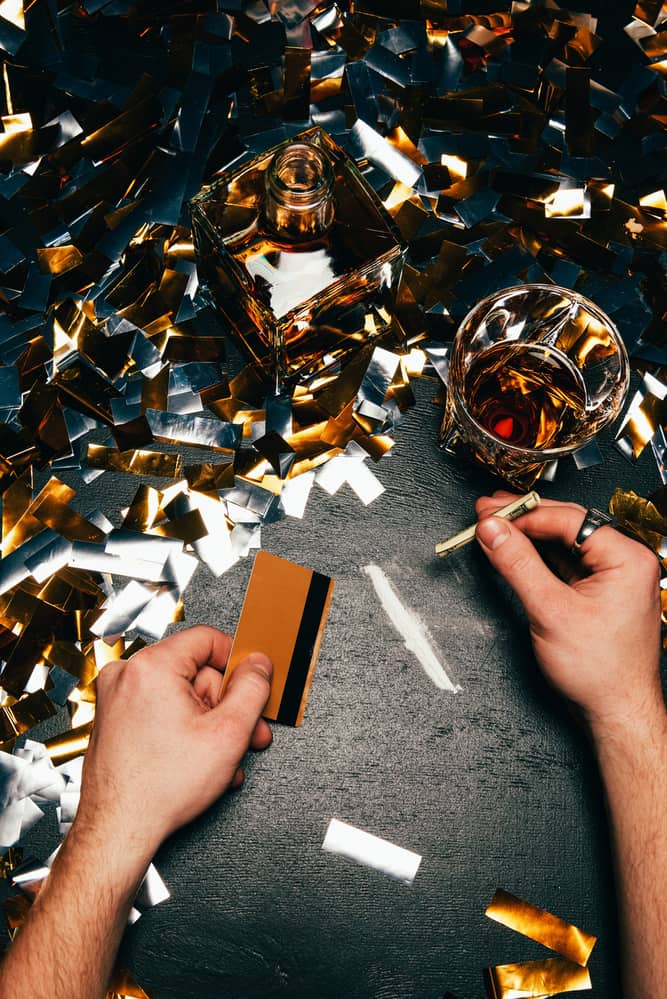 Cocaine abuse causes harm beyond that done to the offspring of cocaine-using parents. For individuals who use this drug, the side effects and consequences can be significant. Cocaine addiction can result in:

Finally, cocaine abuse doesn’t just affect the user; it has destructive impacts on users’ social relationships, especially within the family. Like any substance dependence, cocaine addiction can lead to a number of consequences. These may include isolation, unemployment, the breakdown of family structures, problems in romantic relationships, and more. Unfortunately, these issues can pass from one generation to the next. One of the indicators of someone’s risk of developing an addiction is having a family history of the disease. And, for children of parents who engage in cocaine abuse, the consequences of that behavior reach beyond the users.

Looking for Treatment Near You? 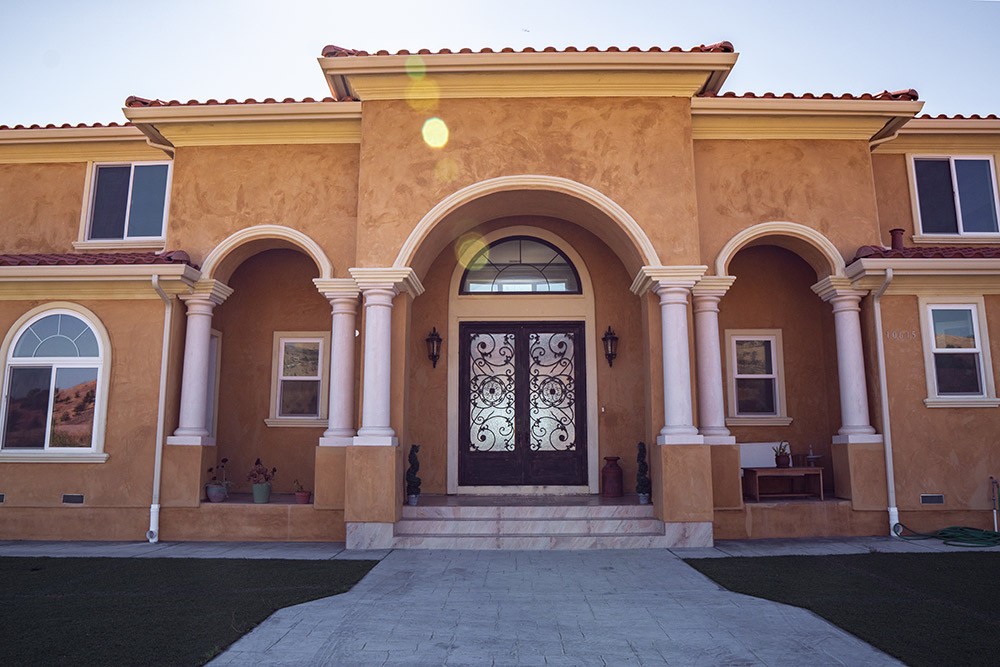 If you suffer from a cocaine addiction and want to prevent the consequences of the drug for you and for your family, help is available. Cocaine abuse and addiction are difficult to beat because the drug can take a powerful hold over individuals due to its immediate euphoric effects. However, comprehensive treatment can help those who suffer from cocaine addiction to get sober and live fulfilling and healthy lives. There are many

addiction treatment centers in California. But, here at Wellness Retreat Recovery Center (WRRC), we specialize in treatment for stimulant addiction, and we use methods that have been proven effective in treating this specific disorder. We provide drug addiction programs for young adults and older adults alike. So, no matter which age group you are in, WRRC can help. If you are ready to take back your life with assistance from evidence-based treatment, please give us a call today at 888-966-9055.