How Amphetamines Accelerate the Aging Process

Amphetamines are a class of stimulants which include illicit substances like methamphetamines and cocaine as well as prescription drugs like Adderall and Vyvanse. Some of these drugs can help to treat medical diagnoses such as ADD or ADHD. Others may lead to addiction by way of recreational use. The risks of abusing amphetamines are well known to doctors and clinicians, but researchers have recently found a new danger related to amphetamine abuse: the acceleration of the aging process.

Risks of Amphetamine Abuse: From Mental Health to a Speedy Aging Process

Amphetamine abuse- whether it’s using prescription pills in a way they are not intended or injecting illicit street drugs like cocaine- can cause a host of medical, psychological, and social problems. While researchers at the University of Western Australia have recently discovered that amphetamine use speeds up the aging process, the risks of these drugs were well known prior to this revelation. The consequences of amphetamine/stimulant abuse can include:

These conditions compound in many cases by the social impacts of addiction. These may include isolation from social support or loss of employment.

How Do Amphetamines Affect the Aging Process? 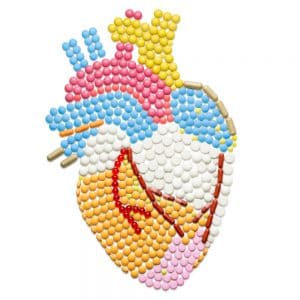 Amphetamines have such a profound impact on the cardiovascular system because they act as a central nervous system stimulant. When an individual uses amphetamines, the chemicals act on the brain to increase heart rate and raise blood pressure through the overproduction of adrenaline. Because of this function of amphetamines (and other stimulants), long-term use of these drugs has an impact on the entire cardiovascular system.

According to a publication in Medical News Today, researchers at the University of Western Australia theorized that because amphetamines are known to speed up the aging process of a user’s skin, the same class of drugs would likely have the same effect on the heart and cardiovascular system. The team of researchers conducted a study that measured patients’ blood flow through the main arteries. This determines the level to which their arteries had hardened. Artery-hardening is a process that occurs as humans grow older. It can help to measure the progression of the aging process on the cardiovascular system. The results of the study show that patients who used amphetamines regularly have hearts that show more signs of aging than even patients who smoke tobacco regularly or use methadone (Medical News Today.)

What this indicates is that using stimulants regularly (whether due to a prescription, an addiction, or both) speeds up the body’s aging process and can lead to untimely damage done to the heart and the cardiovascular system as a whole. This adds to the growing list of physical impacts of amphetamines on regular users.

Preventing the Negative Impacts of Amphetamines

The draw of amphetamine drugs for many users is the euphoria these substances produce during the early stages of use. For some people, the draw is the relief from ADHD or narcolepsy that prescription amphetamines can provide. However, prolonged use of these medications without specific direction from a doctor and regular evaluations, or the prolonged use of illicit amphetamines, can be fatal to users. Unfortunately, some people who have legitimate prescriptions for these medications can become addicted to them over time. Other amphetamine users may crave drugs that have no medical purpose.

Treatment to Help Reduce the Dangers of Amphetamines

In these cases, in order to prevent the serious physical and psychological health consequences of prolonged stimulant use, such as an accelerated aging process in the heart or overdose, comprehensive amphetamine addiction treatment that addresses the underlying causes of addiction are necessary. Too often, patients who experience addiction to their prescriptions do not get help in facilities that also address their original diagnosis that may be a cause of amphetamine use in the first place.

At Wellness Retreat Recovery, our amphetamine addiction treatment program is evidence-based. We treat not only the addiction but the underlying causes of addiction. And, co-occurring mental and physical ailments our clients may be suffering with. We also specialize in treatment for patients who suffer from addiction to stimulants. If you need help for amphetamine addiction, you don’t have to sacrifice quality medical and psychiatric care for sobriety. Call Wellness Retreat Recovery today at 888-738-0692 for information on admissions and for help.